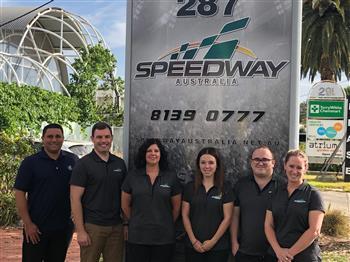 Adam Brook and Ross Kirby commenced their employment with the Speedway Australia team recently and have now settled in to their new roles in Sydney (Adam) and Perth (Ross) respectively. Each will have a portfolio of tracks and divisions to work with, further enhancing Speedway Australia's commitment to good governance of the sport.

Ross Kirby is an experienced speedway administrator having previously been the General Manager of the WA Speedway Commission and shares in the passion for the sport. He will perform a similar role to Adam, focusing on clubs and divisions in WA, NT, SA and TAS, alongside all National Sedan Divisions.

Working closely together, they will also be tasked with the creation and implementation of our national training programmes, social media, assisting with track inspections and co-ordinating our various events and initiatives.