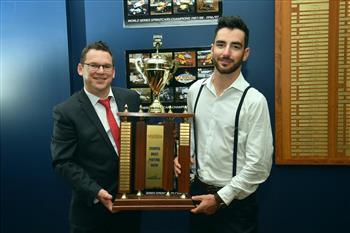 The 2016-17 World Series Sprintcars Presentation Dinner saw a return to the Claremont Showgrounds - home of the very first World Series round.

The Councillors Lounge overlooking the old track, which is now a football ground in quiet surburbia, was fill to capacity with World Series teams and supporters. The night, hosted by World Series commentator Bennie Bishop was the perfect way to finish what all agreed was a 'tough but exciting' 30th Anniversary season.

The first awards of the night celebrated the contracted drivers and the effort their teams went to in order to take on the toughest series in the nation with all receiving a momento. Shortly after, James McFadden also picked up his trophy for the overall win in the Western Swing part of the championship through the rounds at Bunbury and Perth.

A special presentation followed for Monte Motorsport's team principal Luch Monte in the form of a 'Oustanding Contribution' award after his years of dedication to World Series. With Luch also celebrating a birthday, it was surely the icing on top of the cake for his weekend.

After a tough season experiencing both the highs and lows of motorsport, Krikke Motorsport driver Brooke Tatnell took away the Hoosier Hard Charger of the Year award, showing the race pace they had throughout the year. The next two awards on the program both went to countback after mutiple drivers were tied overall. The Revolution Racegear Qualifying Championship was taken away by Jamie Veal after being being tied at two Quicktimes a piece with Tatnell. Veal also managed to beat both McFadden & Tatnell to the Top 8 shootout award after winning two Gold Shootouts and five second places.

After a vote from World Series contracted drivers, the new three-time World Series Champion James McFadden took home the Driver's Driver award - showing the respect he has earned from his fellow competitors. Adding to the moment for the Monte Motorsport team, McFadden's Crew Chief Kim Buswell won the Crew Chief of the Year award to the delight of all in attendance. If those two awards in a row weren't big enough, Monte Motorsport went back-to-back winning the Best Presented Team award. The award was accepted by Milwaukee representative Tom Mathiesen who was honoured to be aligned with the W17 team.

A fan favourite driver for his determination and dedication, Andrew Wright was presented with the new Sportmans Trophy for his quick thinking reactions in Brisbane to help fellow competitor Jack Lee during an incident with fire. Wright expressed his pride and passion for World Series Sprintcars and hinted towards working on another campaign.

The tail end of the Presentation Dinner saw the final four awards for overall points. Championship placings went to the nine-time champion Brooke Tatnell in third, outgoing series champion Jamie Veal in second and of course James McFadden taking away his third championship.

The Champion Team of the year went to Monte Motorsport and with many of the team getting up to recieve the award, it was a fitting way to end the night. 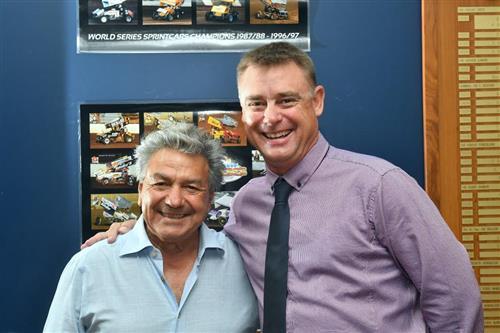 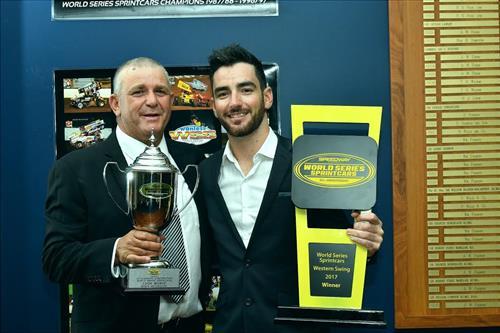 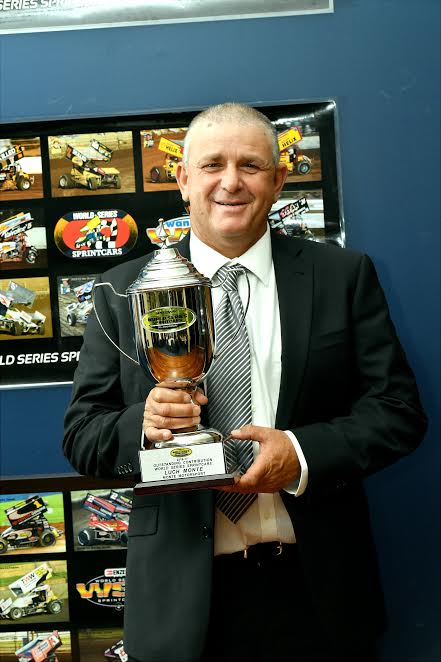